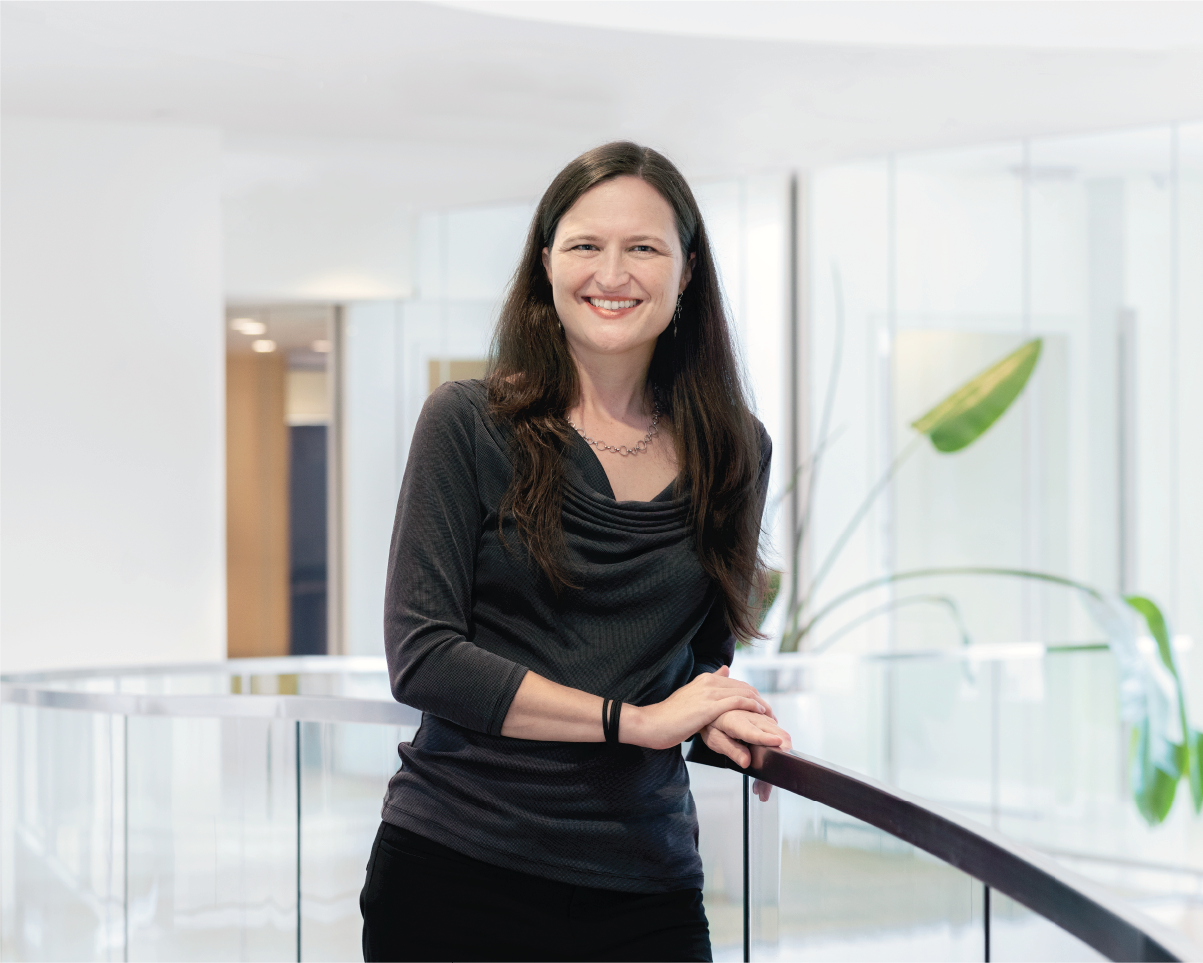 I’m Anne Carpenter, a member of Recursion’s Scientific Advisory Board since 2014, a few months after the company was launched. I read Chris’ blog post reflecting on Recursion’s early days and thought I could tell my side of the story: watching Recursion get off the ground.

I feel a bit sheepish as I recall grilling Recursion co-founders Chris Gibson and Blake Borgeson the day we first met in October 2013. I was almost seven years into leading my own lab as a principal investigator at a non-profit academic institution, the Broad Institute of Harvard and MIT. Chris and Blake approached me after my talk at a conference on phenotypic drug discovery. They introduced themselves as graduate students, thanked me for my lab’s software and research - which had helped them formulate an idea for a company - and asked if I would like to hear more about their vision.

Over burgers at the nearby “Miracle of Science” pub that evening, I peppered them with questions over the course of two hours, more intensely than any PhD thesis defense I’ve witnessed. Normally, I would be a bit gentler on two grad students with a dream, but I am quite skeptical about startups by nature, and these two were planning to launch a company in the field I had pioneered: image-based profiling. I’m a bit chagrined to think how I treated them, but I certainly didn’t want a company so close to my lab’s research to hype big and fizzle out. In fact, my inherent skepticism is a large part of why I have never served on the Scientific Advisory Board of another start up company - before nor since Recursion. Survey a few MIT professors and find out how unusual that is!

But there was something special about this situation. First, I knew the science very deeply: the plan was to make use of the software my lab had created and open-sourced, called CellProfiler, to extract features from images. They would also use the image-based profiling assay my lab co-invented with Stuart Schreiber’s team, called Cell Painting, which uses cells’ morphology features extracted from images as a readout of the impact of a disease, drug, or genetic anomaly. To be fair, in 2013 I wasn’t convinced that image-based profiling would work as well as it has turned out to, and across so many applications.

It was nevertheless clear that Chris and Blake had chosen a sweet spot. Identifying disease-associated phenotypes for disorders with solid genetic underpinnings was the most likely scenario for image-based profiling to work. They talked about eventually building a map of connections among diseases, genes, and drugs using image data and, although I shared their enthusiasm for the idea’s potential, in those early days it was not at all clear the data would be rich enough for it to become a reality. It took my academic laboratory four more years to gain our first inklings that mapping genes to diseases to drugs using image data would succeed.

The science was only part of the equation for my interest in this fledgling company, though. I have a fairly well-developed intuition for people, as evidenced by the vast majority of researchers hired into my lab being not just smart, but also decent people trying to make the world a better place. No matter how good the science, I have an aversion to ego-filled types who talk a big talk and evade problem areas. I’ve a strong nose for digging into a person’s claims to see how solid their foundation is. Chris and Blake patiently answered my questions and were clear about the unproven points, addressing possible pitfalls and limitations, as well as workarounds.

By the end of our chat, I was convinced these two were the cream of the crop in terms of their scientific and personal integrity and their motivations for launching this company. Furthermore, they clearly had a strong commitment to values I share, such as demographic diversity being a core strength of strong scientific teams. It’s hard to overstate how unusual an attitude this was at the time!

As they painted a picture of the pharma company they were hoping to start, I morphed from a skeptical, aggressive thesis examiner to wanting to be involved somehow. My first thought was how I might invest in the company, but I lacked financial resources to do so (have I mentioned I was pregnant with my fifth child at the time?) So, I figured it would suffice to watch this team succeed in translating my academic research work into potential patient impact. My entire career and laboratory have been devoted to figuring out methods to accelerate the dismal pace of drug discovery, but we are so limited in what we could do to really test our ideas at scale. We tend to be so specialized that it’s difficult to fund a team bringing the necessary expertise together to push potential therapeutics along the pathway. I knew it would be incredibly rewarding to see these two lead a company and carry out their vision.

A few months later, Chris met me again in Cambridge to tell me that they had launched Recursion and would like me to serve on their Scientific and Technical Advisory Board. I was thrilled! I am not particularly motivated by money, especially not at that time—with three teenagers, a two year old, a baby due imminently, and a laboratory full of scientists depending on me—time was my most precious resource. My faith impacts my values and my values play a dominant role in assessing opportunities. But despite my busy schedule, I was deeply motivated to get the fledgling company off the ground and perhaps prove my hypothesis that images might be the best source of information for machine learning in drug discovery, in a way my academic lab never could. I made time to advise Recursion on their biological and computational strategies.

Now, eight years later, it is clear that investment of time was one of the most meaningful decisions I have ever made. As someone whose science has always been motivated by making a difference in the world, I am deeply indebted to the Recursionauts who have translated my foundational research on image-based profiling into therapeutic candidates heading to clinical trials.

Recursion has grown a lot since the early days, and not just in size: they no longer need my technical guidance as both their biological assay systems and computational feature extraction systems have far surpassed those of my academic lab’s. They are no longer focused on a narrow range of diseases, nor even on phenotype discovery alone; they have now built a map that may be able to predict assay and toxicity outcomes in a way I had always hoped would be possible but lacked the confidence to pursue at the scale Recursion has. I’m always jealous to hear the amount of data being produced in-house: more this week than my lab has produced in 15 years (!), and with amazing technical reproducibility we could never achieve given our equipment. Most importantly, Recursion has five therapeutic candidates in or heading to clinical trials.

From the earliest days until now, it has been the fruition of my life's work to see Recursion on the path to bringing treatments that may address some of the worlds' greatest unmet medical needs.