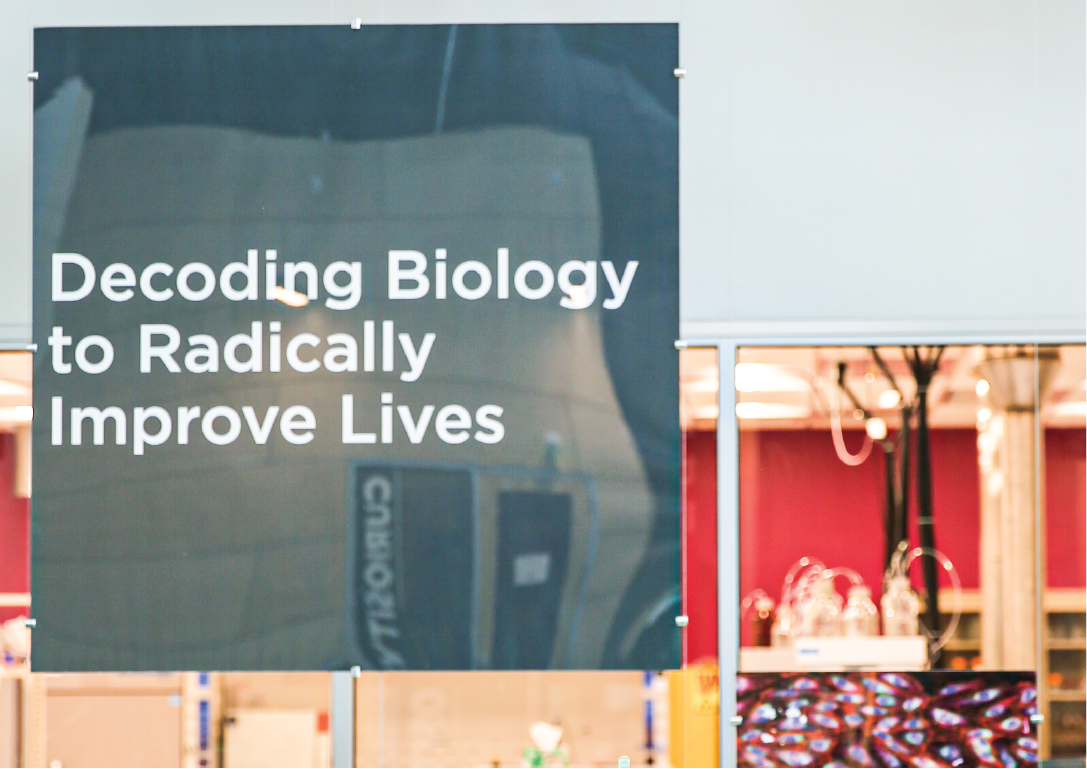 I was born in a country at the intersection of Europe and the Middle East — both geographically and culturally. Turkey is a beautiful country, and also a challenging one in many aspects. My mom was not able to continue her education after fifth grade because the middle school for girls was miles away from her home. She has always been a big supporter of my education and career.

Growing up, I was interested in a wide variety of careers. I aspired to become an archeologist in elementary school when I learned about ancient civilizations and natural history, and later, a translator or interpreter in sixth grade when I started learning (and was amazed by) the foreign languages of English and German. I always had a dream of curing my younger sister, who has a severe intellectual disability due to a medical error at birth. Toward the end of middle school, I was focused on becoming a medical doctor. This decision was thrilling to my family — especially my dad, a high school teacher, as it would have been for many other middle to low-income families.
‍

I studied at a top high school in Turkey focused on STEM (Science, Technology, Engineering and Mathematics) because I loved math and science so deeply. In my senior year, I noticed it was “not cool enough” to be a doctor. What was really cool was to be an engineer or a scientist. As a 17-year-old, of course, I wanted to be cool, so I decided to pursue computer science and engineering rather than medicine. I was one of few classmates who had an email address, but had only gotten my first computer a number of days before school started. (As a note to the confused American reader: in Turkey, you begin medical school right after high school.)

The first year of college was incredibly challenging. I didn’t know anything about programming. StackOverflow was not a thing yet and Google was in its youth. Learning the C programming language was mind-blowing, but writing code on the vi editor and running into those mysterious segmentation faults and core dump errors was a real nightmare. I questioned if computer science was the right place for me, but things started to improve year after year. When I started my first job as a software engineer in a CMMI-5 (Capability Maturity Model Integration Level 5) certified company a few months before graduating college, I was quite confident that I was nailing it.
‍

After a few years of working as a software engineer in the aerospace and defense industry, I began to wonder what I was doing with my life developing tools for military purposes. A few months later, I quit my job, took the university entrance exam again and got into medical school. Feeling too old to ask for money from my parents and not wanting to give up my background as a computer scientist, I decided to work part-time in a computer science-related job while studying medicine to cover my expenses. However, my plan to only attend lab courses and learn most of the course material from textbooks was not received very positively by my medical school professors and the dean. I even talked to the president of the university, but failed to convince him that I would have been able to effectively balance school and work. As a result, I quit medical school three weeks into the first semester and I got a full-time job as a researcher at the National Research Institute of Turkey (TUBITAK). I also started a master's degree doing machine learning (ML) on genomics data. I was delighted to have found a way to make an impact on human health and do computer science research at the same time. Many people thought I was crazy to quit my well-paying and well-respected job to get into medical school at a relatively “old” age of 26, but discovering what I wanted to do was invaluable to me.

After a year of doing ML research and being impressed by all the opportunities ML had to offer for biology and medicine, I decided to get graduate-level training in the US and return to Turkey as a research professor. I never really had a mentor until then, and I had never been a person who discussed life plans with others. However, the technical lead of my team at work, who himself had a PhD in ML for genomics, mentored, supported and encouraged me to move to the US for grad school. That was when I truly realized how useful of a skill it was to seek mentorship and advice.

I started my American journey in Seattle at the University of Washington Computer Science and Engineering department. I was working on developing novel ML methods to learn modules and regulatory networks from high-dimensional gene expression data. I struggled a lot at first — it was a totally new world of research and the expectations of my advisor, a brand new assistant professor, were soaring. On top of that, I was living alone in a foreign country, immersed in an entirely different culture six thousand miles away from home. The hardest part was learning to speak English fluently, since it caused me to be very self conscious and avoid socializing. I considered quitting the program several times, and even contacted the dean of the medical school I had started in Turkey and asked whether I could continue the program if I went back to Turkey. As a unique student in the school's history, the dean remembered me immediately and was eager to give me a second chance to continue. After serious considerations, I eventually convinced myself that staying was a better idea, and things would get better, like they did earlier in my life in other domains. I moved on and finished, and I am thankful for my PhD advisor who helped me to become a more perseverant and resilient person.

That six-year journey helped me gain a lot of technical and non-technical skills and broadened my understanding of computer science, genomics, medicine and the world. I took the initiative to mentor several younger lab members, which I found highly rewarding. I also had the realization that academia was not for me. Instead, I wanted to pursue ML and computational biology research in a non-academic organization impacting human lives more directly through products coming out of the research.

In my final year of grad school, I received an email from a biotech company informing me that they were using my research for benchmarking the tools they built and they wanted to invite me for a job interview. I received an offer from that company, which I accepted excitedly. A couple months before my second-year anniversary there, I came across the news about Recursion’s Series D financing. This was interesting timing, as I saw the news the day after a trip to visit Colorado for the first time and had been astonished by the scenery of the Mountain West. I applied for a position with a strong curiosity to learn about what the company was up to. I was amazed by the experimental pipeline, the speed and efficiency of the biological data production and the high potential of applying ML and data science approaches on these unique high-throughput data generated in-house via consistent and controllable processes. It was also impressive to meet all those brilliant, humble and sincere people during the interview process. I eventually accepted an offer to join the Recursion team.
‍

As a member of a minority group in science and technology, I am proud to be working for Recursion, a company that puts a lot of emphasis on diversity and inclusion. It has been almost a year since I joined Recursion, and I love what I am doing every day. Recursion’s vision and platform motivate me to do my best work every day, and I am looking forward to industrializing drug discovery alongside an incredible team of Recursionauts.